If there’s one aspect of life in the Northeast that everyone here has experienced, it’s the crazy weather—blistering winters, rainy springs and autumns, and weather that continues to surprise you no matter how long you’ve lived here.

So if you’re considering solar energy for your home or business, it might seem like a stretch to think that solar panels can power the Northeast. They just seem better suited to sun-drenched southern states. But there’s less sun hitting Germany than the Northeast, and it is still a world leader in solar adoption. In fact, with just 1% of the world’s population, Germany currently has 16% of the world’s installed solar capacity, providing approximately six times the proportion of national energy generation as compared to the US (and that includes sunnier US states!).

China presents another interesting example. With around the same geographical size and latitude of the US, it includes a similarly large range of climate conditions. And while we commonly associate China with air pollution, it actually leads the world in solar panel installations. Many of these gigantic solar farms are to the north and west, in areas like Shanxi and Inner Mongolia, at virtually the same latitudes to New York or Vermont. Beijing’s major investments in solar show that renewable energy can compete on the largest of scales, and across all sorts of geographies.

At the end of the day, while Northern United States aren’t always the sunniest, the reality is that solar panels are still economically viable and productive in areas across the state. 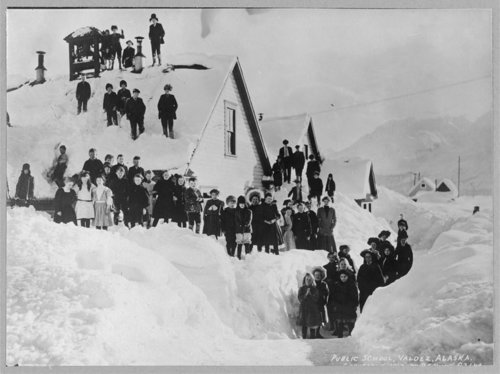 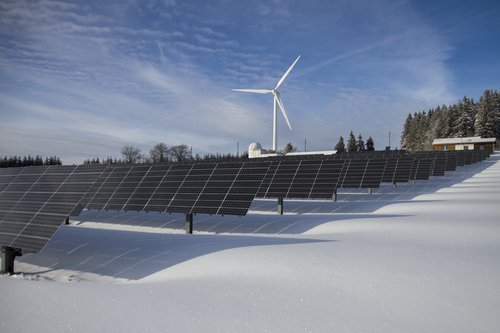 The sun still shines in the winter!

It may also seem counter-intuitive that solar panels are more efficient in cooler climates. But it’s true—the lower temperature allows the electrons produced by the panels to travel through an electrical circuit faster and with less resistance. Some desert systems even use cooling systems to avoid overheating.

Snow can be tricky. It’s true that a snow-covered panel functions at only a fraction of its normal efficiency. The good news is that in reality, this doesn’t have much of an effect: snow generally slides off tilted rooftop panels quickly, especially when the sun shines and it begins to melt away. In particularly snowy conditions, though, cleaning may be required. Convenience is one reason that individuals are increasingly choosing to sign on to community solar gardens, where panels are aggregated in a central location.

Going green without the hassle

With community solar, you don’t have to worry about maintenance or weather. Solar gardens generally employ someone for full-time maintenance work, and this includes clearing panels of snow, dust, and debris, so that the solar garden operates at full potential, 24/7/365. (And it creates a local job in the process!)

With the right maintenance and integration with emerging energy storage technologies, solar energy can power states across America.

Community solar has many other advantages over rooftop systems: no expensive installation, no upfront costs, and no maintenance or worries.

See If Community Solar Is Right For Your Household

Solar Too Expensive for Your Household? Not Anymore
January 17, 2018
Go to Top