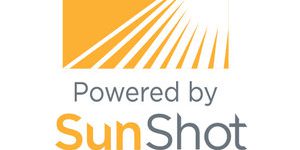 One of the main goals of the SEEDS2 program is to “increase foundational understanding of the… barriers to solar deployment in the U.S.” To date, no mainstream community solar provider has developed a product that allows anyone, regardless of their credit score, to participate. Solstice’s project seeks to challenge the assumption that low- to moderate-income households present substantial additional risk for community solar, given the ease with which customers can be swapped in and out of a project. Should this prove to be true, Solstice’s project will facilitate the deployment of a market-based solution that will finally bring lower-income residents into the community solar market.

“Solstice is committed to providing underserved Americans with affordable solar, and we are enormously grateful for this SunShot grant,” said Steve Moilanen, co-founder and President of Solstice. “These Americans spend a disproportionate amount of their income on electricity. With this funding, we can unlock the market for those that need solar savings the most.”

Solstice Initiative is the first social enterprise dedicated to expanding affordable solar power to the 80% of Americans who cannot install a rooftop system. Under the Solstice model, households subscribe to a portion of a community solar array, enabling them to access clean energy and save money on their utility bill. Solstice partners with trusted local organizations to distribute community solar to their membership, conducting outreach efforts and managing the customer experience.

About the SunShot Initiative

The U.S. Department of Energy SunShot Initiative is a collaborative national effort that aggressively drives innovation to make solar energy fully cost-competitive with traditional energy sources before the end of the decade. Through SunShot, the Energy Department supports efforts by private companies, universities, and national laboratories to drive down the cost of solar electricity to $0.06 per kilowatt-hour. Learn more at energy.gov/sunshot.