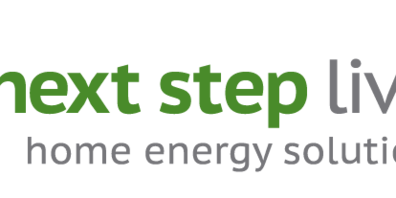 BOSTON– Solstice Initiative, the first social enterprise dedicated to bringing solar power to every American, today announced it is partnering with Next Step Living, a Boston-based provider of whole-home energy solutions, to bring solar power to Massachusetts households previously unable to access it.

Under this agreement, Solstice Initiative will recruit and qualify customers to participate in community solar arrays being built across Massachusetts by Next Step Living and its affiliates. Upon activation, these households will see immediate savings on their utility bill by switching to solar.

“Next Step Living has proven that there is a huge demand for home energy services in Massachusetts, and for many homes, solar power is the next logical step,” said Steve Moilanen, co-founder and CEO of Solstice Initiative. “We believe you should not be locked out of the market for solar just because you rent your home or live on a shady street. Next Step Living is helping to overcome those barriers, and we are thrilled to be working with them to share the benefits of solar power with a new set of customers.”

Solstice Initiative was founded in 2014 and was selected for the Princeton eLab Summer Accelerator Program and Halcyon Incubator, which supports social enterprises with ambitious visions of social change. It was a semi-finalist for the Verizon Powerful Answers award and for MIT’s Climate CoLab prize. This marks its first major agreement with a Massachusetts-based solar provider. Solstice Initiative is currently in advanced discussions with other solar power developers to help more households in Massachusetts switch to clean energy.

“We’re thrilled to partner with Solstice Initiative to bring solar to more Massachusetts residents. Their vision of making solar affordable and easily accessible aligns with our mission to bring energy efficiency and renewable energy to our communities,” said Gabe Shapiro, vice president of outreach programs at Next Step Living. “With this partnership, we’re helping even more communities lower their carbon footprint.”

Next Step Living first began offering community solar in June 2014, and has since incorporated the new product into its existing portfolio of whole-home solutions, including high-efficiency windows, rooftop solar power systems and insulation work. The company is a two-time awardee of the Global CleanTech 100 and Inc. 500’s fastest-growing companies list.

Solstice Initiative is a nonprofit corporation and is the first social enterprise dedicated to expanding affordable solar power to every American household, particularly the 77.5 million individuals that are renters and make less than $50,000 per year. Under the Solstice model, households purchase a portion of a community solar array, enabling them to access clean energy and save money on their utility bill. Solstice partners with socially-minded community organizations to aggregate demand for and to distribute community solar. Solstice designs, markets, and administers this solar offering on behalf of community organizations.