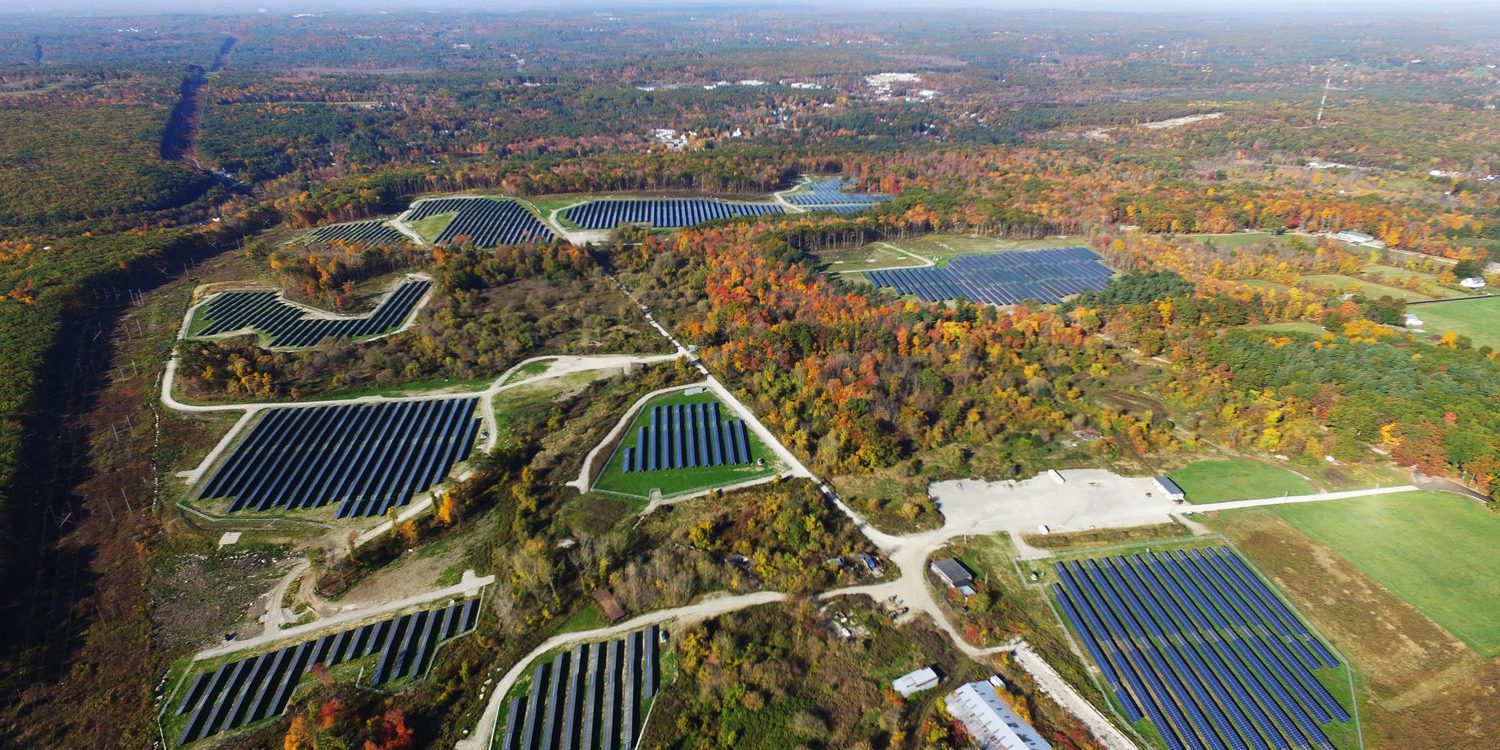 Oxford, MA – Solstice, a Boston-based social enterprise dedicated to expanding clean energy access to all Americans, is excited to announce that the Barrett Street Solar Farm in Oxford, MA, is open to enrolling additional households. There is enough remaining capacity in the 16.5 MW project for approximately 40 more households.

Residents and businesses from areas around Massachusetts are eligible to participate, including (but not limited to) the towns of Adams, Auburn, Andover, Lawrence, Leominster, North Adams, Pittsfield, Uxbridge, Williams, and Worcester.

The farm is a collection of nine solar arrays located on land that was once the largest piggery in the Northeast. Electricity generated by the project will be used by two nearby schools, The Fay School and Phillips Academy Andover, as well as local small businesses and residents. The project will generate tax revenue for the town of Oxford, and protects the land on which it sits for future agricultural use. Additionally, the solar farm will help Massachusetts achieve its renewable energy goals by avoiding approximately 15,000 tons of carbon annually–the equivalent of 16 million pounds of unburned coal.

The Barrett Street Solar Farm was originally developed by Solstice’s partner, BlueWave Capital LLC, and represents the largest such project in their history. BlueWave and other stakeholders, including landowners, the local utility, and local conservation committees, worked diligently to ensure that the farm did not damage the site or surrounding land during its construction.

Community solar is an exciting opportunity for eligible residents who would like to save money on their electricity bills while supporting local, clean energy. There is no cost to enroll nor any alteration made to customers’ properties, making it an attractive alternative for those who would like to support solar energy but who don’t want to install rooftop panels. Solstice makes the enrollment process simple, and works with customers to explore which energy option is right for them.

Solstice (solstice.us) is a social enterprise dedicated to bringing affordable solar power to the 80% of Americans who cannot install a rooftop system. Under the Solstice model, households subscribe to a portion of a community solar array, enabling them to access clean energy and save money on their utility bill. Solstice partners with trusted local organizations to distribute community solar to their membership, conducting outreach efforts and managing the customer experience.

BlueWave is a solar energy company founded on a mission to protect our planet by expanding access to solar for everyone, everywhere. Founded in Massachusetts, with operations around the globe, BlueWave remains committed to transforming the energy status quo—enabling communities to take control of their energy production, and consumers to choose clean, low cost power.