A variety of technologies can capture the sun’s rays and transform them into usable forms of energy, but by far the cheapest, and the most common, are photovoltaics. Here’s how they work.

Solar Energy Can Power the World

In just 18 days, the sunlight that hits Earth’s surface carries as much energy as all of the coal, oil, and natural gas that remains on the planet. In other words, solar is the most plentiful form of energy available—the only challenge is capturing it.

Harnessing all of that energy is likely beyond our ability. But the amount of incoming solar radiation is so staggering that we hardly need to–only a tiny portion would allow us to go entirely carbon-free.

People all over the world are tapping into cheap, resource-efficient solar power. But how does the technology work?

Solar panels consist of a set of photovoltaic (PV) cells, which are essentially a sandwich of two oppositely charged slices of silicon. Solar panels are activated when incoming particles of light knock electrons free from the atoms on the negative slice. Since electrons are negatively charged, they are attracted to the positive side. By directing those electrons to flow through a wire, however, solar panels contribute usable electricity to the grid. 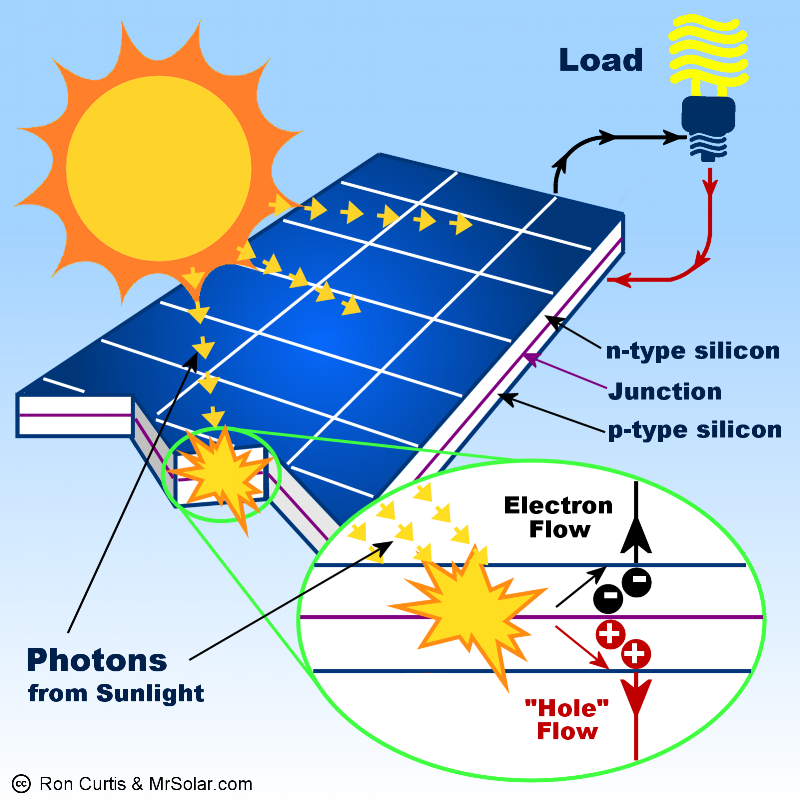 How Many Solar Panels Do I Need To Power My Home?

As long as the Sun keeps shining, it will provide virtually unlimited energy. This is why solar power is considered a form of “renewable” or “sustainable” energy. Solar technology also allows us to produce energy without relying on fossil fuels–making the energy reliably cheap and low-maintenance, and avoiding air pollution and carbon emissions.

The Sun makes life possible for almost every organism on Earth, and with solar power, it’s also our path to a more secure future.