Energy Democracy is often a difficult term to define, as it has many different meanings to many different people. We sat down with Professor Jennie Stephens to talk about what it means to her, and how it has related to her recent work on the energy democracy movement.

Energy Democracy is a term that means many things to many people. For many, the focus is getting people more involved in decisions around where and how they get their energy. For others, green jobs are key. Solstice contributes in its own way by expanding solar access to communities that have so far been excluded.

This can all seem a little abstract, though – so we wanted to put a face on this work and let the experts speak for themselves.

Jennie Stephens is a Professor of Sustainability Science and Policy at Northeastern University, and her most recent work has focused on the energy democracy movement. We sat down with her to talk about her work and the future of energy democracy. 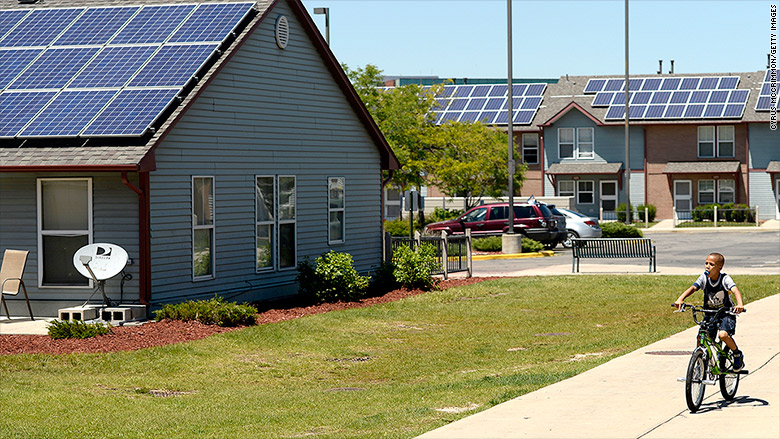 FW: What does energy democracy mean to you, and why is it important?

JS: Energy democracy is an emerging social movement that connects the renewable energy transition–moving away from fossil fuel reliance–with the redistribution of social, political and economic power. It is important because it connects social justice with energy and climate policy. We can no longer think about energy and climate change as issues that are separate from the other problems we face. The transition away from fossil fuels toward a more renewables-based system has so much value beyond climate mitigation and carbon emission reductions. We need to focus on the social benefits, like jobs and cooperative ownership, that a renewable-based energy system provides to households and communities. The positive potential of more distributed, renewable energy is under-recognized, but the energy democracy movement is changing that.

FW: What is at the core of the discussion around energy democracy and the policies that support it?

JS: Right now, the US federal government is embracing a national energy policy focused on “energy dominance” rather than “energy democracy”.  Energy dominance can be viewed as the antithesis of energy democracy, leveraging concentrated, hierarchical power to benefit [a select few], as opposed to distributed power that can benefit everyone. In most energy policy discussions, the societal value of transitioning to a system of abundant, plentiful and perpetual energy is not fully acknowledged. Once we invest in harnessing the sun, wind and other renewable sources, there is huge untapped potential for energy resilience.

FW: What’s the most exciting thing you’ve seen happen in the space in the last year?

JS: We just published the first review of energy democracy and associated policies, so we hope our work will contribute to advancing these ideas and helping people advocate for changes in energy that benefit society. Growing resistance to the power of the fossil fuel lobby responding to revelations of the decades-long exploitative, strategic misinformation campaign of fossil fuel companies has also been exciting.

The paper looks at energy democracy in the United States, trying to understand how the mix of policies currently proposed by energy democracy advocates corresponds to the overarching goals of the movement. We found that the policies that we examined have the potential to advance renewable energy transitions that meet the goals of the energy democracy movement. At the same time, current policies focus more on promoting renewable energy and less on resisting fossil fuels. Advancing energy democracy will likely require new policy development, a strengthening of existing policies, and further integration of efforts to resist dominant energy systems with those supporting their democratic and inclusive replacements.

Affordable Solar for All