At Solstice, we work hard to put solar energy in the hands of more American households. That’s because we believe that solar already provides concrete benefits over fossil fuel systems, and that it has the potential to make our energy systems fair for everyone and give local communities independence.

At the same time, we think it’s important to be upfront about the downsides and potential pitfalls of any technology. The only way to avoid problems is to acknowledge and plan for them, and as our industry continues to grow, that’s exactly what we plan to do. 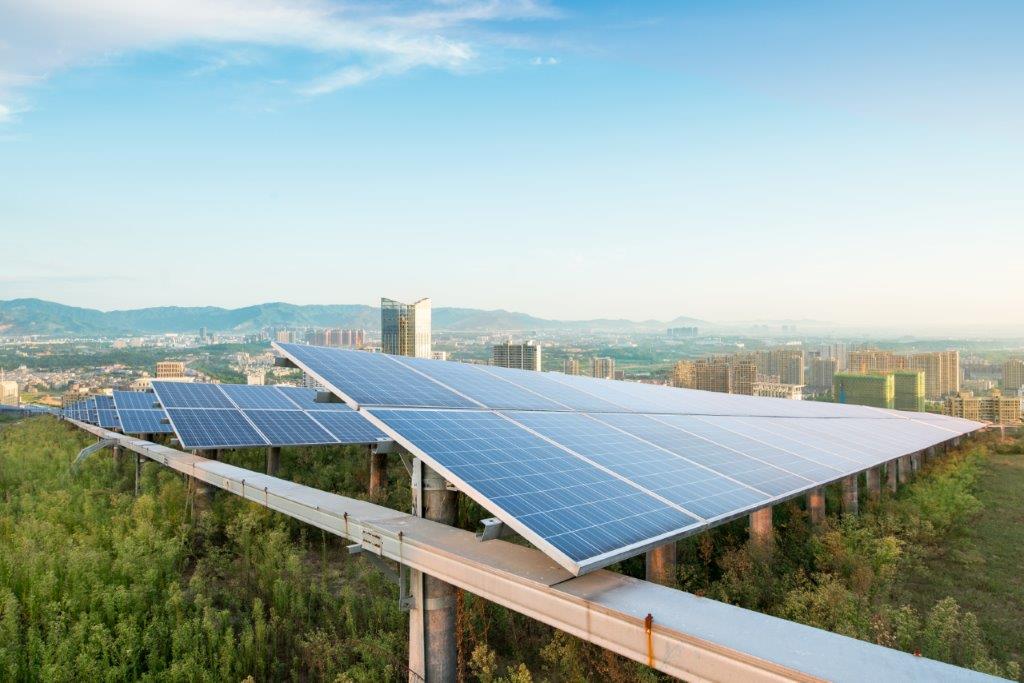 1) Some Sites Aren’t Suitable For Solar

We’ve spoken to thousands of individuals about community solar, and many have expressed concerns that solar installations could take useful land out of commission or cause harm to the environment. They point to solar farms that are planned on active farmland, nature reserves, or in land that is home to sensitive ecosystems. They’re not wrong: it’s not environmentally friendly to clear cut a forest for a solar farm, as some solar companies have done.

Thankfully, there are plenty of sites that are already suitable for solar farms, like capped landfills, superfund sites, or fallow agricultural land. These solar projects make use of otherwise unusable land and provide much needed revenue to municipalities, farmers, and other stakeholders. We believe it is imperative to partner with responsible solar developers that help, not harm, the environment.

Solar panels are usually guaranteed by their manufacturer for at least 20 years, although they may last even longer than that. Some of the oldest panels are still working after 30 years, and some experts expect new panels to last for 40-50 years. But no matter how long a panel lasts, eventually it will need to be decommissioned.

Since solar installations have scaled up so rapidly in recent years, relatively few solar panels have reached the end of their lifetimes. In the decades to come, though, there will likely be a significant increase in demand for solar recycling. Experts have estimated that in 2050, the value of recyclable solar materials could exceed $15 billion, equivalent to 2 billion panels or 630 gigawatts of power. Right now, 90-97% of a decommissioned panel’s materials can be recycled and made into new panels or sold back onto the commodity market.

At the moment, only the EU has adopted regulations around the disposal of solar panel waste, but other countries will need to follow their lead to avoid significant environmental impacts. Of course, panel costs may rise if companies are made responsible for recycling the panels at the end of their usable lifetimes, but just as with fossil fuels, it is important to keep markets honest by incorporating the true costs of our energy systems.

One of the biggest challenges to powering our society with solar energy is simple: The sun isn’t always around. Solar panels stop generating when the sun dips below the horizon, but most people still want to have power flowing to their homes. Battery storage costs, much like solar over the last decade, are falling sharply, but for most uses, they’re still not economical. Other, more low-tech energy storage solutions have been proposed, and some are already being implemented–this is likely to be one of the areas of the energy sector that sees the most innovation in the coming decade. 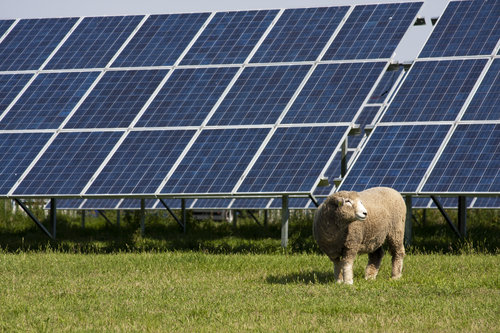 A solar panel in Florida will generate more electricity than a panel in Maine, because there is simply less solar energy hitting each square foot of land. Seasonal variations in daylight hours also make polar regions less well-suited for solar power.

But lower solar potential doesn’t mean that northern (and southern) regions cannot thrive on solar energy. Germany’s success in the solar arena is a prime example: the country receives less sunlight per square mile than virtually anywhere in the continental US, but it has shattered solar generation records. 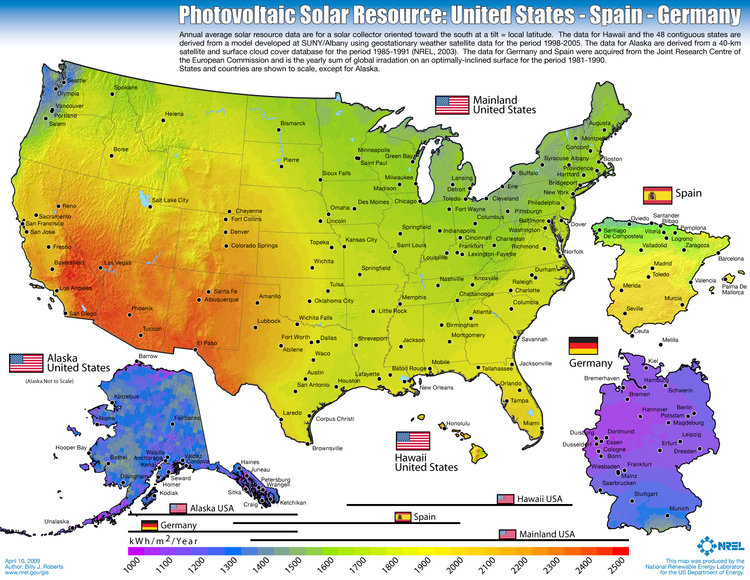 This map from the National Renewable Energy Lab demonstrates how all of the continental U.S. is relatively well-suited for solar energy, and even Alaska–with the same solar resources as Germany–would still benefit from investment into solar power.

Because the solar market is still developing and disrupting a market that has historically been tightly regulated, changing policy has been one of the decisive factors for new solar projects. Solar technology has improved to a point that, in many regions, it is economically viable without federal and state incentives. But changes to favorable solar policies like net metering have created uncertainty for project developers and hampered investment.

Much of this political opposition comes from utility companies, who argue that solar households don’t pay their fair share for grid maintenance, but other studies have shown that solar households bring cost-saving benefits to the grid as well. It’s not yet clear what scale solar will have to get to to make a meaningful difference in energy prices for non-solar households, but policy experts are already working to design policies to make sure energy pricing is fair in the long run.

Some people do not like the look of solar panels, whether they are on a rooftop or in the form of a solar farm. Manufacturers have taken note and are creating innovative solutions to this problem. Tesla, for example, currently offers solar roof tiles in a variety of forms (that are indistinguishable from normal tiles), and competitors like Forward Solar Roofing are joining the race to entice homeowners whose primary concern is aesthetics.

Approximately four out of every five Americans cannot install rooftop solar panels. The majority of these people own a condo or apartment, rent their homes, have a low credit score, or their roof is shady or facing the wrong direction. These limitations have given rise to solutions like community solar, which circumvents the need for personal financial investment and cumbersome installation by allowing households to subscribe to a local solar farm and see savings on their utility bill.

Community Solar Brings You Savings Without Any Changes to Your Property.

Ultimately, most of solar’s disadvantages stem from the fact that it is still a relatively young technology that’s disrupting one of the most stable, regulated industries in the country. Despite explosive growth in the US, solar is still a long way from powering our national grid. But millions of Americans are working to solve the problems confronting the industry, and at Solstice, we tend to think that it’s only a matter of time.

Now that you’ve read about the disadvantages, check out our article detailing the benefits of community solar.