Solar energy provides many benefits compared to fossil fuel generation, perhaps most notably the ability to address large-scale environmental problems like pollution and climate change. But like many of you, we’re also concerned with our solar farms’ local impacts.

If a solar farm is developed without considering effects to its local environment, it can harm biodiversity and take fertile land out of cultivation, exacerbating the negative impacts of climate change.

And not every solar farm has had a solely positive impact. A solar project which will power one of Six Flags’ theme parks would clear trees from 66 acres of land. The company has continued development despite pushback from environmentalists over habitat destruction.

Luckily, there are alternatives to this destructive mode of development–and they’re already being implemented. The key to responsibly developing solar farms is to build the projects on previously developed or contaminated sites. Our most recent projects provide perfect examples of the right way to develop a solar farm. 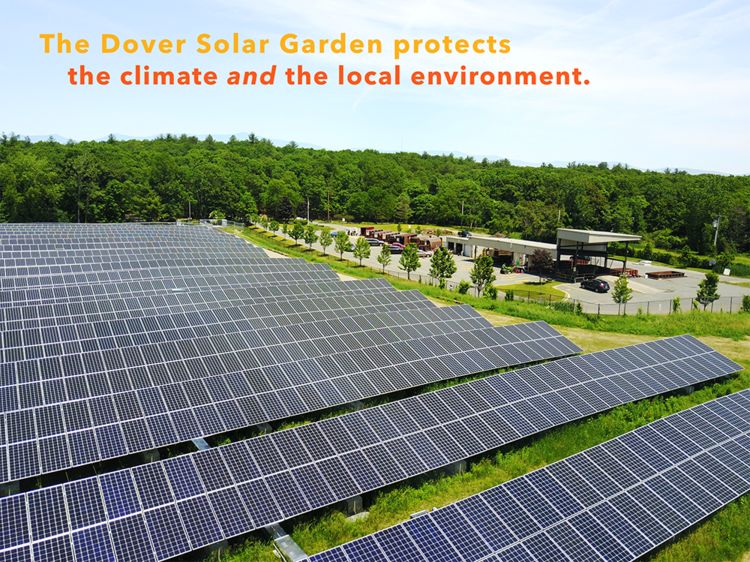 The Solar Garden in Dover, MA that we worked on sits atop a capped landfill next to the town’s waste transfer station. Because the land is contaminated with potentially hazardous chemicals, many kinds of development are prohibited, and farming is out of the question. Solar farms are one of the only types of development that can occur on contaminated sites such as this one, and are a good way for towns to increase their revenue without putting solar panels on land that could be better used for farming, development, or conservation.

Fortunately, there are a limited number of contaminated sites for solar development. Brownfields, or previously developed land, provide an alternative that avoids the habitat destruction and environmental loss.

Our most recent project, in Oxford, Massachusetts, was built atop a former pig farm. The land had previously been cleared, and was covered with piles of refuse and waste. The project’s developer, BlueWave Solar, cleaned up the land, distributing loam that they unearthed during the project’s development to local farmers and opening up swathes of fertile land in the project’s vicinity for future cultivation. The land will lie fallow for the project’s duration, a process which restores soil fertility. 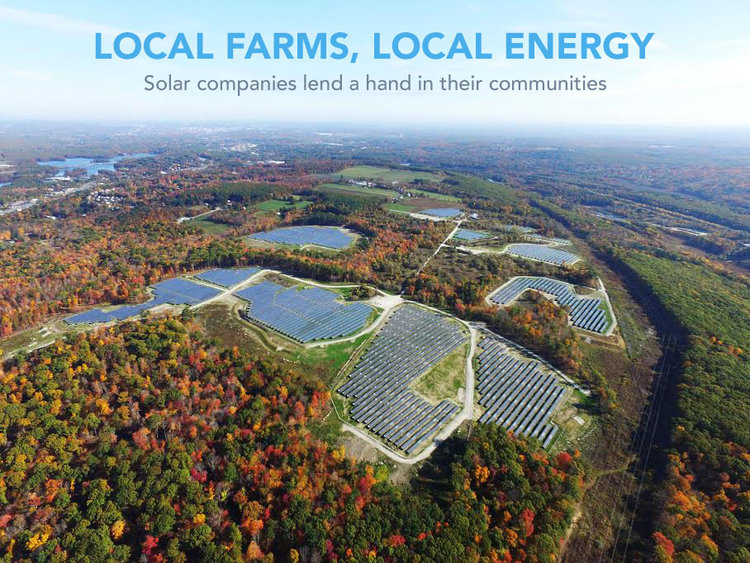 Building rooftops are ideal locations for solar panels, given that they are generally not useful for other activities. Businesses that buy into solar generally keep the energy and credits they produce for themselves, but mission-driven community organizations could provide a good source of rooftop space in the future.

Houses of worship participate in community solar both as hosts of the solar panels themselves, and as spaces where congregants can organize to advocate for shared solar. In the case of the University Park Community Solar project, a group of private individuals invested in a small solar garden sited atop a local church. The investors benefited by selling the panels’ electricity back to the church, while the church received a discount on their energy costs.

As we outlined in our blog post about Massachusetts’ new solar regulations, states are beginning to take notice of the need to develop solar farms in a responsible way. Massachusetts’ most recent round of solar regulations provide incentives for projects to be sited on brownfields and capped landfills. Minnesota solar developers are now working together with commercial beekeepers to provide protected habitats for pollinators on solar power sites.

These are important steps, but it’s ultimately the responsibility of solar developers and other industry players to push for solar development that respects the integrity of local ecosystems. We are proud to work with mission-driven developers that work to fulfill these ideals, and will continue to advocate for their advancement in the industry.

Our team of experts is always happy to help you consider your options.