Only 13 percent of households with rooftop solar earn less than $45,000 per year, even though this group of Americans makes up a full quarter of the US population. This imbalance reflects the fact that low- and middle-income (LMI) communities, which also are disproportionately affected by air pollution and climate change, have to overcome systemic barriers when trying to go solar.

Why Is Solar Access An Issue Of Social Justice?

In our work at Solstice, we’re confronted daily with evidence that these numbers aren’t simple correlation. Rooftop solar generally requires a household to own their home, eliminating from the market the third of Americans (disproportionately low-income) who rent their homes.

On top of that, households that need financing for the approximately $15,000-20,000 upfront cost of a standard system are usually required to present a credit score of at least 650. This score is just below the median range for people with credit scores, meaning that this requirement leaves out nearly half of Americans with scores, plus the one in five who are entirely without a credit score.

How to Bring Solar to Every American

Community Solar Can Bring Solar To Every American

Solstice was founded on the idea that Americans will participate in the clean energy revolution if given the opportunity. We believe that community solar is the best way to bring solar access and energy bill savings to every American. Here’s why:

With rooftop solar, installers have to put the panels on their customer’s home, and if that customer has problems paying their bill, then the company has to make a hard decision: Allow the customer to keep using their solar panels free of charge, or invest the money to send their team out and take their panels back off of the roof. The industry calls this a “stranded asset.” 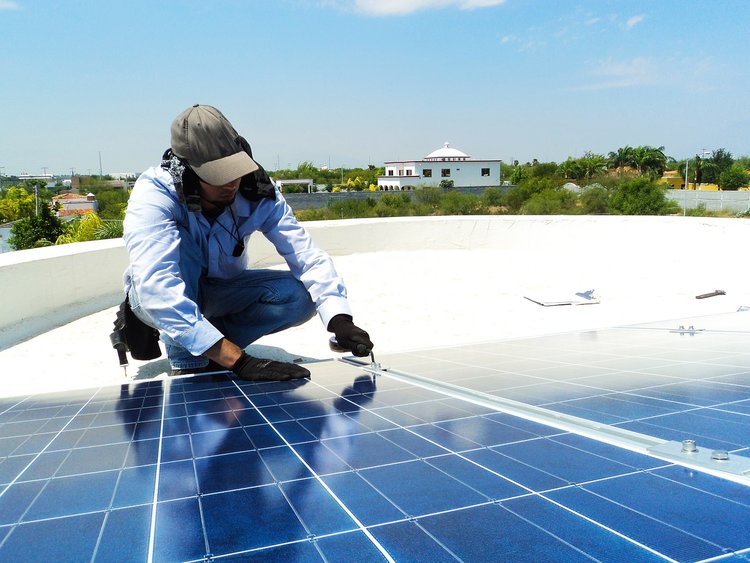 The solar industry is also the source of hundreds of thousands of American jobs.

In the coming years, this ability will likely change the face of solar access in America. But right now, community solar contracts are modeled after rooftop solar. This means long (20-year) contracts and high credit score requirements.

Because community solar lowers the risk of replacing customers, though, Solstice is pushing solar project developers to experiment with shorter contracts and alternative ways of qualifying customers. By allowing for shorter contracts and qualifying metrics that more accurately represent households’ ability to pay their energy bills, community solar can allow renters and low- and no-credit Americans to sign up for solar and see savings on their energy bill.

Solstice works to expand the limits of solar access. We have already connected people with 6-year solar contracts, and we are working to develop an alternative to traditional credit scores that will allow project developers to qualify people based on their bill payment history. We believe that by making these solutions the market standard, we can bring community solar to every American.